Connecting You With Technology™

Through the years, Spectrum Industries Inc. has been fortunate to receive a number of prestigious awards and honors for the work we have done. Additionally there have been significant milestones achieved through the years. Spectrum has been recognized because of all of our employees and the work they do each and every day.

2014 Wisconsin Manufacturer of the Year

Spectrum Industries Inc. was proud to accept the Wisconsin Manufacturer of the Year Grand Award for the Medium Company Category on February 26, 2014. Spectrum was one of forty Wisconsin businesses nominated for manufacturing excellence. Companies were evaluated in areas such as financial growth or consistency, technological advances, product development, environmental solutions and sustainability, operational excellence/continuous improvement, commitment to employees, and effective research and development.

Spectrum President David See accepted the award with a simple statement, “We are honored to accept this award for all Spectrum employees,” a testament to the Spectrum goal to be the employer of choice in their area. As the company continues to grow and provide their surrounding area with excellent career opportunities, they remain committed to their entire team while never losing sight of the power of the individual.

Spectrum was the recipient of the U.S. General Services Administration Evergreen Award. This recognition highlights efforts in recycling, affirmative procurement, and waste reduction in furniture and furnishings.

The GSA recognized Spectrum as a “model facility in both their industry and community by implementing environmental sustainability initiatives that include waste prevention, material recovery and recycling, and environmentally conscious product design.”

The FDM 300 is comprised of the 300 largest cabinet, furniture, millwork, store fixture, office/contract, and component producers in North America. Note the continual growth in our industry.

For six consecutive years, Inc. 5000 recognized Spectrum as one of the fastest growing private companies in the US. Spectrum is one of only seven percent of companies make the list six years in a row.

Chippewa County Business of the Year

Complete customer satisfaction, community involvement, and innovative employees are a few key dynamics that contributed to Spectrum winning the award.

Wisconsin Governor Jim Doyle awarded Spectrum Wisconsin Governor’s Federal Contractor of the Year, 2008. The award recognizes state firms that have not only shown significant growth in their federal sales, but are also recognized as outstanding suppliers to the federal government.

As an organization Spectrum has always strived to exceed customer expectations. Achieving ISO 9001:2015 certification further demonstrates Spectrum’s “focus on the customer” as it is a significant commitment to quality through the strict adherence to well defined processes which conform to ISO 9001:2015 standards. 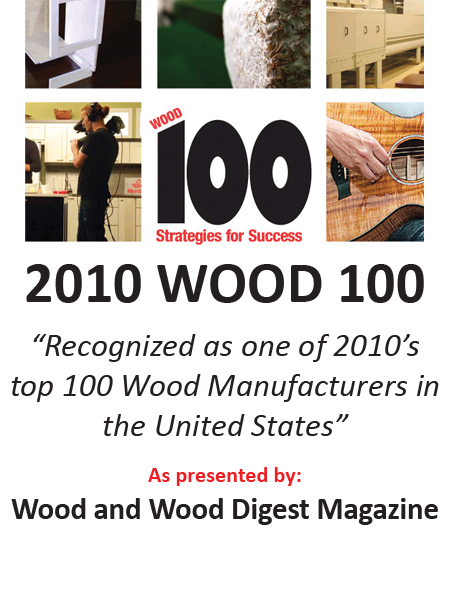