May 7-11 is Teacher Appreciation Week and National Teacher Day is Tuesday, May 8. During this time, it is important to thank teachers for their hard work and dedication to their students.
Mark Dotson, Spectrum Industries Territory Manager, for Virginia, North and South Carolina, grew a passion learning about the Civil War from his U.S. History teacher Mr. William Moon at Wayne High School in Dayton, Ohio, now Huber Heights. 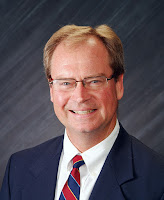 In October of 1862, descendants of Dotson’s fought in the Battle Perryville. One of many factors that contributed to Dotson’s passion for the Civil War.
Eventually, Mr. Moon recognized Mark’s interest in the Civil War and let Dotson read his old college history books so he could learn more about it. Dotson’s main focus of study and passion is on the Virginia Theater of the Civil War from 1862-1864.
“Mr. Moon fueled my interest in the Civil War,” said Dotson. “My folks are from Kentucky, but my descendants all fought for the Union. Although this is true, my real interest was in the Confederacy. I thought it was cool somebody who was essentially out numbered 10 to 1 held their own for four years and it was all about Robert E. Lee and Stonewall Jackson and everything that took place in Virginia.”
Dotson has been to every major battlefield in Virginia and continues to learn more about the Civil War by reading books such as the 1864 Grant vs. Lee Overland Campaign from his favorite author Gordon Rhea. Locations where the Battle of Cold Harbor, Battle of Chancellorsville and the Battle of Second Manassas, also known as the Second Battle of Bull Run, are some of Dotson’s favorite battlefields to visit.
With a passion for the Civil War that was fueled by Mr. Moon, around 1985, Dotson wrote Mr. Moon a letter thanking him for teaching him and for the development of his interest in the Civil War.
“I said hey if you remember me, I want to thank you, you got me interested and I am down here in Williamsburg, Virginia with colonial history. I am living in Richmond, where the capital of the Confederacy once was and I wanted to thank you. I sent him a book marker with a pine cone on the top which was the colonial symbol of hospitality for colonial Willamsburg.”
“Mr. Moon wrote back and he said thank you, yes of course I remember you,” Dotson said. “He said there are days where I wondered if anyone was ever listening.”
With it being Teacher Appreciation Week, this is the perfect time to thank a teacher for their dedication and hard work. A simple thank you can go a long way.
Discover More Blog Posts Here