Makerspaces and STEM (science, technology, engineering, and mathematics) have transitioned the traditional classroom into a tech-savvy workspace where students are encouraged to build, create, and construct objects by coding and programming robotics. Students in grades as young as Kindergarten are learning how to code with robotics like Sphero, while some high-school students are building their own robots for competition.

Students in grades 9-12 from Chippewa Falls High School in Wisconsin have created their own robot, which will be used to compete at the FIRST Robotics Competition March 28-30. At the competition students gather from all over the world and compete against one another with their robots. According to FIRST’s website, $80 million in scholarships will be awarded at the 2019 competition. 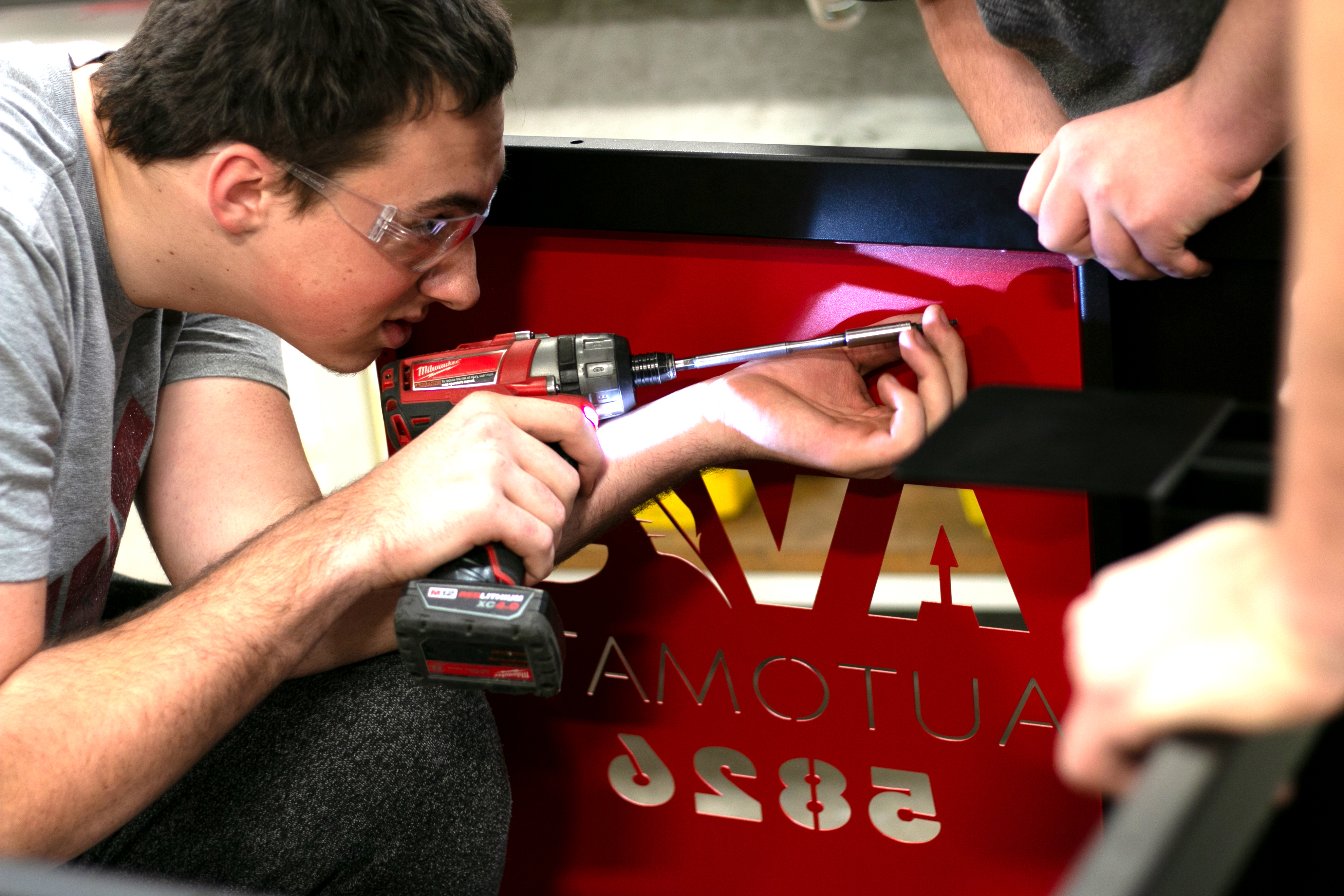 But in order to qualify for the competition, teams are required to have a 25 or more students and eight mentors or coaches. In addition, students competing are required to follow strict rules such as using limited resources when creating their robot, raising funds, and even having to design a team “brand,” according to the FIRST Inspires website. The students that are attending the competition from Chippewa Falls have named their team AVIS AUTOMATA 5826.

For the past eight weeks team AVIS AUTOMATA 5826 has been creating robot concepts and designs, problem solving, and working as a team to build their robot for the upcoming competition. 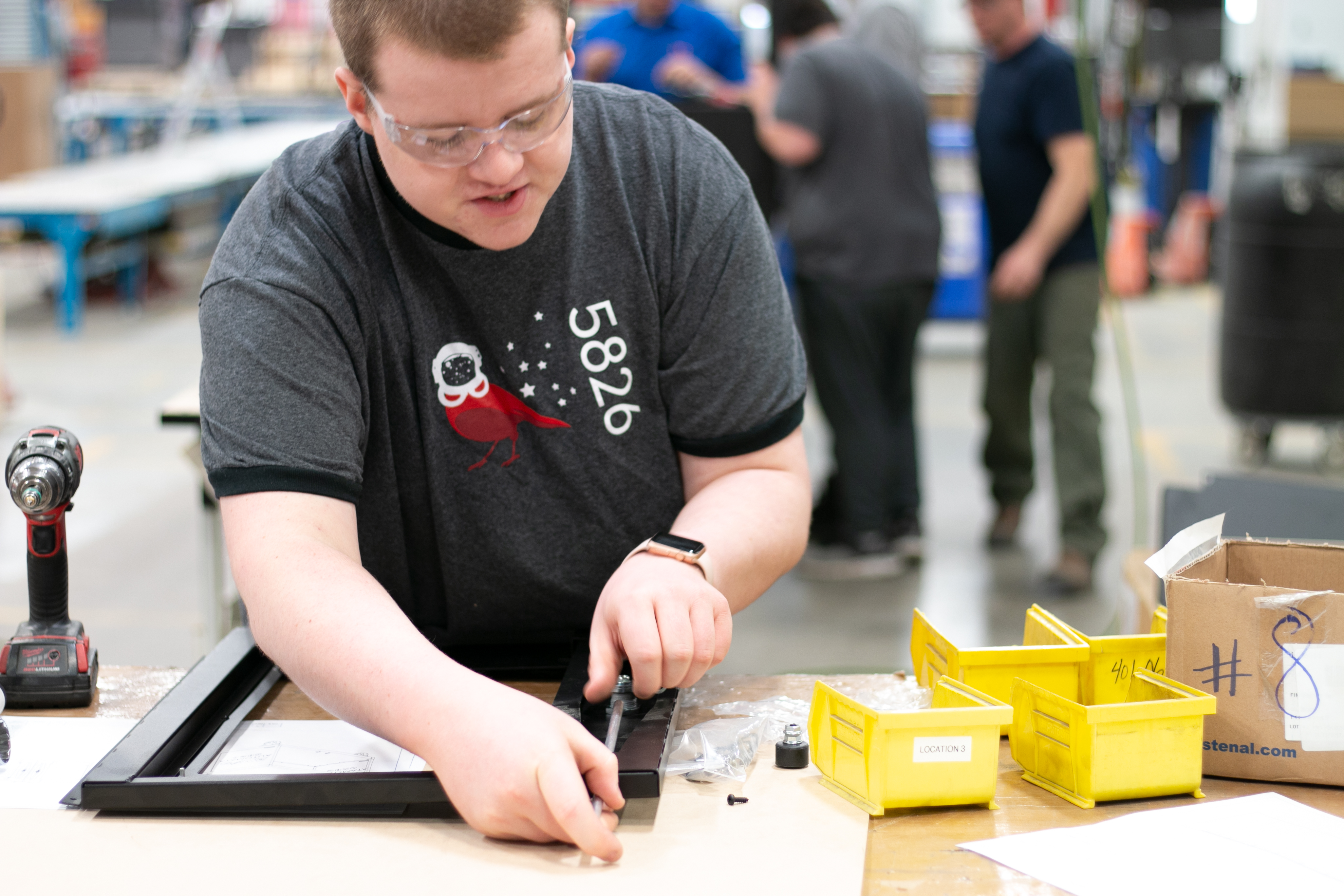 “We have created a robot that includes vacuum technology,” stated Austin Schwiesow, Chippewa Falls High-School Senior and team member of AVIS AUTOMATA 5826. “This robot has more power than a house vacuum and is the only robot with vacuum technology that we are aware of entering the competition.”

AVIS AUTOMATA’s robot has been engineered and programmed with the ability to grab objects like a beach ball by suctioning it and then delivering it to specific targets or destinations. The robot’s human-like ability to grasp an object is generated from its vacuum technology.

“We decided to use vacuum technology for our robot because it sounded ridiculous and we wanted to try it out,” Austin said. “We created four prototypes before we finalized the robot design and functionality we are entering the competition with.” 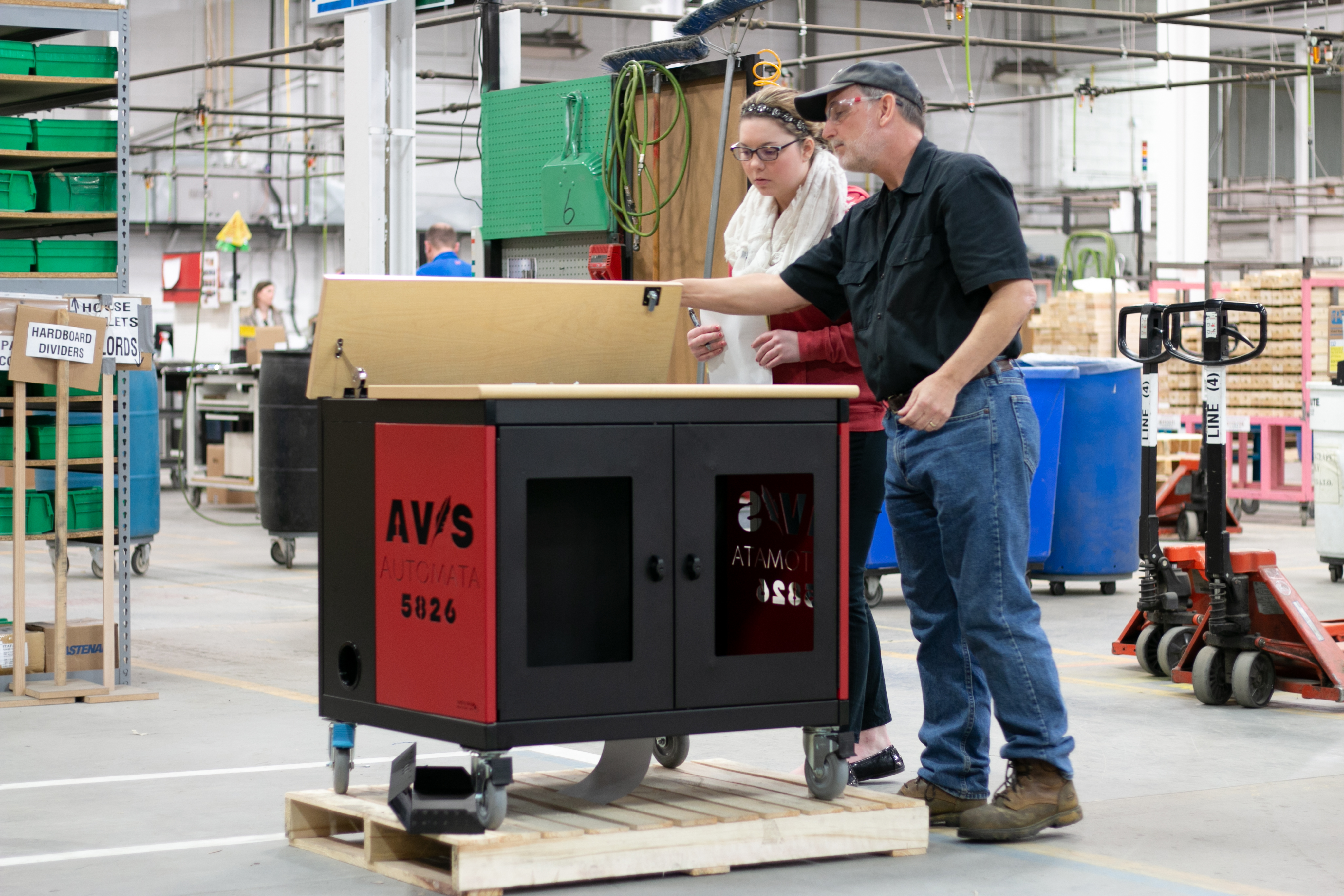 Students of the AVIS AUTOMATA team applied their engineering and craftsmanship skills building desks and storage solutions at Spectrum Industries Inc. for the upcoming competition. The team’s new desk and storage solutions will be located in their booth at the competition and will be used to store laptops and additional materials, as well as a pop-up monitor, keyboard, and mouse in its convenient, but hidden storage compartment.

As the competition approaches, students are eager to showcase their robot that they have dedicated many hours to.

“At times, students are working over 20 hours a week on this robot and that’s besides attending school hours, extra-curricular activities, or working part-time jobs that some of these students have,” stated Tim Wolter, one of the team’s mentors. 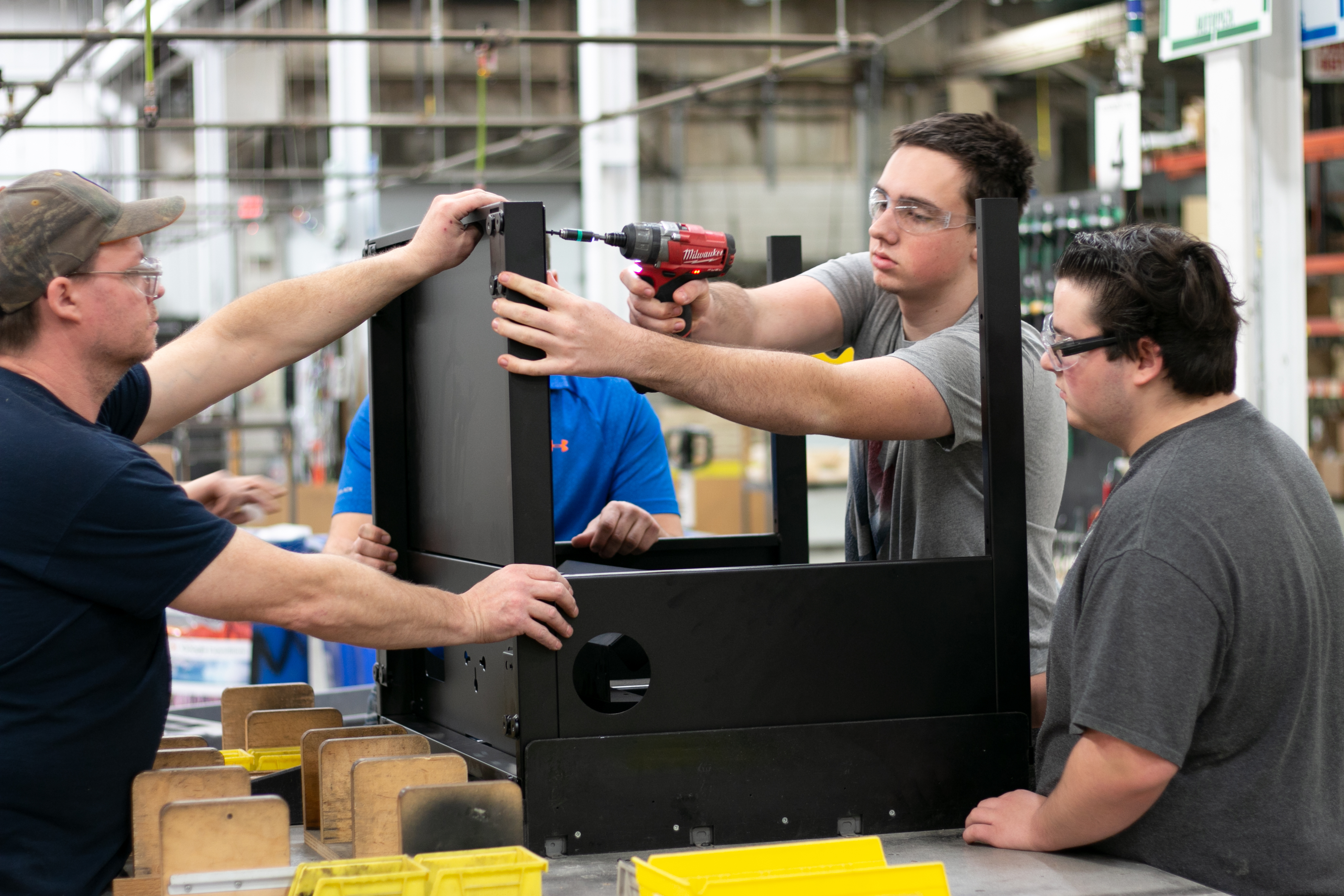 The 2019 Competition is the fourth FIRST Robotics Competition that Chippewa Falls High-School students will be participating in.