School Budget Cuts Will Be Noticeably More Significant For 2010-11 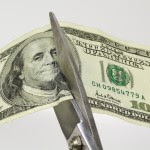 57 percent of school leaders say they’ll have to delay tech purchases in 2010-11... Although the economy has begun to rebound, K-12 education leaders say they are still facing serious budget shortfalls for the coming school year that threaten their ability to implement new technologies, raise the quality of instruction in their classrooms, and close achievement gaps among students. Released April 8, Cliff Hanger: How America’s Public Schools Continue to Feel the Impact of the Economic Downturn,” the latest in a series of national surveys from the American Association of School Administrators (AASA), identifies a number of key challenges that are compounding an already tough situation. Continued 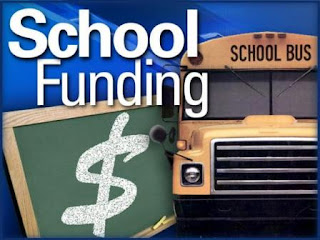 budget strains at the state and local levels will be exacerbated next year when the federal stimulus funding ends, the survey suggests—a phenomenon referred to as the “funding cliff.” And though President Obama’s federal budget plan for fiscal year 2011 requests $4 billion more for education than the previous year, the administration is proposing to shift a greater percentage of federal dollars from formula-based grants to competitive grants—a move that school leaders fear will further squeeze their limited resources. The results are likely to include more budget cuts, more job cuts, and fewer resources for programs and personnel, AASA warns—a scenario that does not look promising for education technology or other school-reform initiatives. The survey, which polled 453 school administrators in March, found that the economic climate of school systems does not reflect the recovery beginning to take hold in other 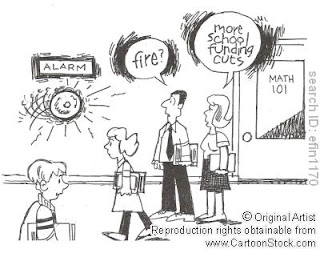 sectors. In fact, school budget cuts will be noticeably more significant for 2010-11 than they were in the previous two years, the survey suggests. Survey Results

Share your thoughts on depriving the tech-savvy generation of the newest technology in the classroom and moving to four-day school weeks?

See What the Experts Have to Say... "If we teach today as we taught yesterday, we rob our children of tomorrow." -John Dewey "Do not confine your children to your own learning, for they were born in another time." -Chinese Proverb On the contrary... "It is important to remember that educational software, like textbooks, is only one tool in the learning process. Neither can be a substitute for well-trained teachers, leadership, and parental involvement." -Keith Krueger, CEO of CoSN. "Any teacher that can be replaced by computer, deserves to be." -David Thronburg
References: