Why Buy American Made Products? 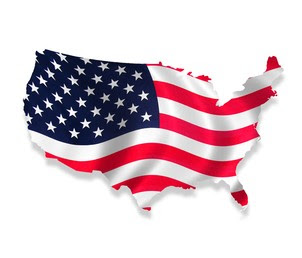 When this question is asked, most Americans may not really be that concerned as to why they should purchase American made products. Americans, specifically middle class Americans, should definitely be concerned with the buy American issue.


Why? Because they are the ones being most affected, whether they know it or not. For example, on the way to work one might complain about how his or her salary is decreasing while at the same time wearing an imported outfit and driving a foreign car. Yet, as the economy shifts into a recession and globalization increases, more and more Americans are becoming educated as to why this is happening and the importance of buying American.

Why the push to buy American now?
The reason being that drastic numbers of Americans are losing their jobs or taking pay cuts due to the negative effects of deindustrialization.

One solution, Americans should buy American made products. This is true because once Americans start buying more American goods the demand for them will increase. As a result of the rising demand, more factories or plants will be developed. Many good job opportunities will then be available. Not only will the manufacturers benefit, openings in higher paying fields will increase. Hence, when all this is put into action many Americans will be on better economic standing. That means they will once again have high buying power. Rising profits for American base business and their employees will take place. All of this combined will keep the U.S economy and its citizens financially healthy. Sounds good right?

But in order to achieve this, all Americans must be properly informed by the government, as to why they should buy American.

So what's the government doing?

One example of government support of the 'Buy American' phenomenon plays into the recently developed American Recovery and Reinvestment Act of 2009, abbreviated ARRA and commonly referred to as the Stimulus or The Recovery Act. The ARRA is an economic stimulus package enacted by the 111th United States Congress in February 2009.

Additionally, the ARRA provides billions of dollars to strengthen education through the State Fiscal Stabilization Fund (SFSF); Title I, Part A of the Elementary and Secondary Education Act (ESEA); Part B of the Individuals with Disabilities Education Act (IDEA); Pell Grants; Federal Work-Study; and other programs. It also provides support for adults with disabilities through the Vocational Rehabilitation State Grants program and the Independent Living programs authorized under the Rehabilitation Act.

Included in the ARRA is the Buy American provision (Section 1605), which is intended to encourage the ARRA funds be spent on American products.

More from the experts:
Some additional information from the Florida Department of Education concerning the Buy American (Section 1605) Provision...

“If an LEA (Local Education Agency) uses Education Stabilization funds for modernization, renovation, or repair of public school facilities or for construction of new school facilities, the LEA must comply with specific requirements relating to the use of American iron, steel, and manufactured goods used in the project. (See Section 1605 of the ARRA.)” www.fldoe.org/arra/word/rfa.doc

“Additionally, if a state uses VR (Vocational Rehabilitation) ARRA funds for construction, it must comply with specific requirements relating to the use of American iron, steel and manufactured goods used in the project (ARRA section 1605), …” www.fldoe.org/arra/word/vrfFG.doc

“For any project funded through the State Fiscal Stabilization Fund, the Local Educational Agency will comply with Section 1605 of the American Recovery and Reinvestment Act of 2009 (requiring the use of American iron, steel, and manufactured goods)…” www.fldoe.org/ARRA/word/Assurances.doc

“Additionally, if a state or LEA uses IDEA (Individuals with 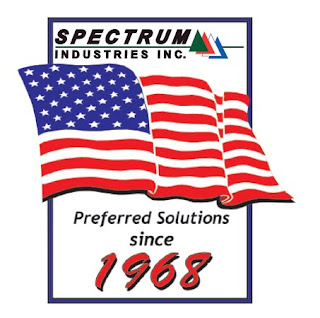 Disabilities Education Act) Part B ARRA funds for construction, it must comply with specific requirements relating to the use of American iron, steel and manufactured goods used in the project (ARRA section 1605), …” www.fldoe.org/arra/word/IDEAGuidance.doc
Click here to view downloadable documents outlining available ARRA funding for each state.
*Spectrum Industries Inc., is a manufacturer of products made in the USA.